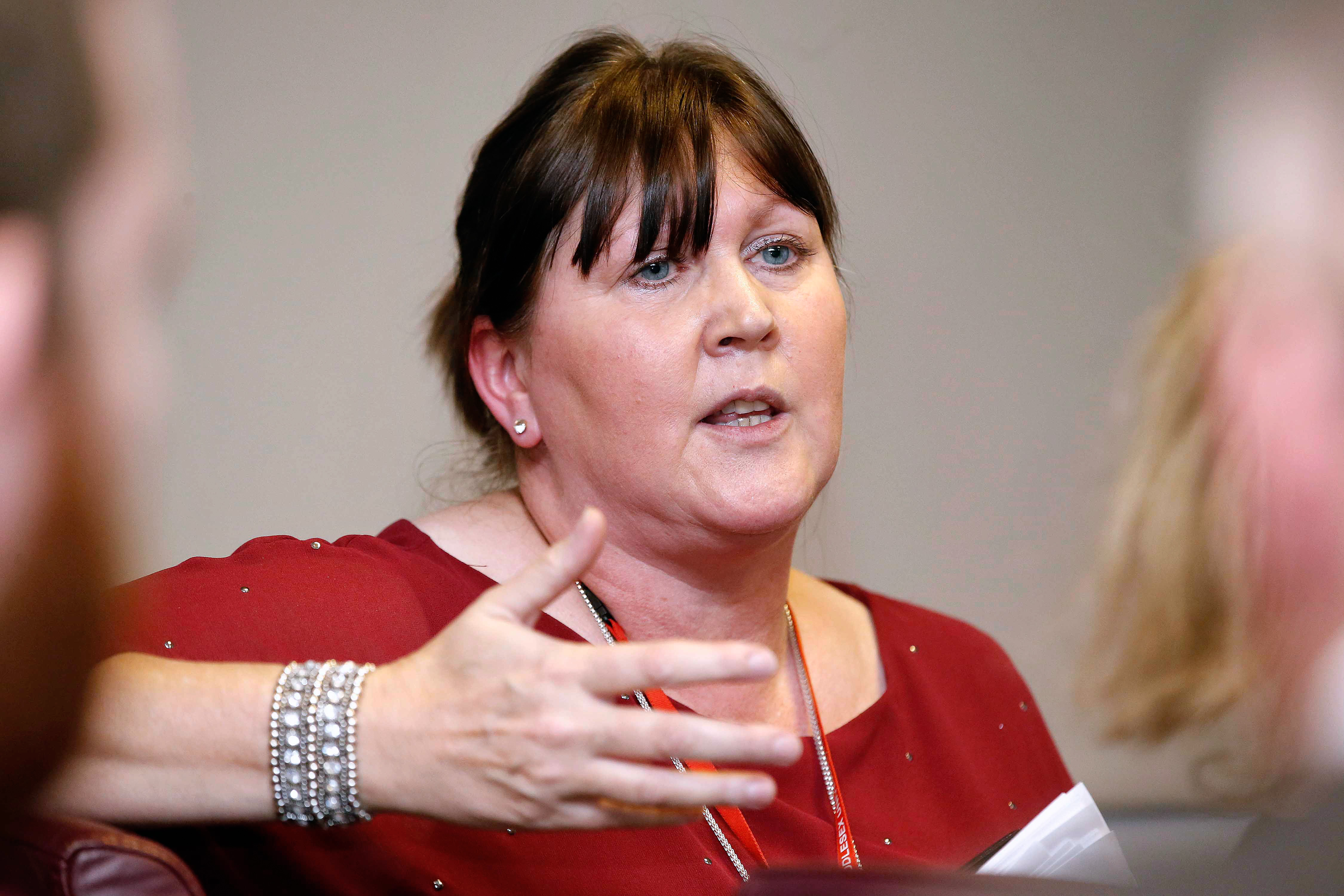 Launch of the Centre for Critical Research in Nursing and Midwifery: Critical Pedagogy and Nursing

Many of us in this room will have undergone several changes in our career. It may have been from a student nurse, to a staff nurse and a ward manager, before, perhaps entering a college of nursing, or, as it is nowadays, a higher education establishment, usually a university. There you are faced with another series of what one might call “mini-careers”: a module leader, a year tutor, a pathway leader, a programme leader. And it is as programme leader, in my case the programme leader for a BSc Nursing Programme, that one might expect to be making the greatest difference to the learning of undergraduate nursing students and ultimately to the kinds of nurses they become and the way they care for their patients in practice. And yet it was at precisely that point that I experienced some of the greatest frustrations of my career.

Of course students needed to be prepared for an ever-changing context of healthcare including the need to prepare nurses to work in diverse settings and in diverse ways. However, the other context is that of our governing body, the Nursing and Midwifery Council, whose emphasis on framing education through the notion of “standards” and whose criteria for the education of pre-registration nurses might fairly be characterized as fixed (immutable, immovable), that is arguably the opposite of flexibility we claim to demand of those same nursing students. Sometime around the turn of the century the notion of “evidence-based practice” began to make its appearance within curricula, and yet the irony of this was that the practice of nursing education being offered was not based on any educational evidence at all. Where, for example is the evidence that a 50/50 spilt between theory and practice produces the best nurses? Where is the evidence that 2,300 hours of practice (rather than, say, 500 or 50) are necessary to produce a nursing student appropriately prepared to become a staff nurse? Indeed, is there merely lip service being paid to “theory” when the very “common-sense” phrases often used are unerringly and specifically derogatory about theory. We hear the phrase, don’t we: “That’s all very well in theory, but in practice……” What better way to instil into our nursing students the (false) idea that practice is more important than the theory, that their learning in practice is more important than their learning at university? I wonder how many nursing students have had ideas for innovative practice crushed by that tiny but powerful phrase: “That’s all very well in theory, but in practice….”

And so it is with little surprise that what actually happens at the point of revalidating a nursing curriculum is that the revalidation emerges as ‘more of the same’, with each hard-pressed tutor claiming that “we must have my module on cancer”; “we must have my module on communication skills” or some such, with the result that in a rapidly changing world, nursing curricula seem increasingly the one phenomenon impervious to change.

I count myself fortunate that when presented with the opportunity to continue my learning after I became a qualified nurse and after I became a university lecturer in nursing, that a great deal of that learning was itself about the process of education, about educational theory, about different types of pedagogy. For example, I am very proud that my doctorate is a doctorate in education, as education is my practice, and it seems to me that many lessons of education theory apply irrespective of the particular type of student one encounters. I started to be introduced to theories of pedagogy and the potential that such theories had to transform the educational experiences of our learners and indeed ultimately the experiences that their clients will have. Let me share with you one way that my theory and practice were changed. In the early 2000s, we had a large number of Zimbabwean nursing students passing through my previous university – at one point 148 across the three pre-registration years. And yet we were basing our curriculum on precedent, and not enquiring of ourselves how what we were delivering was being understood by this substantial proportion of our students. Some of my colleagues were beginning to formulate dangerous stereotypes about these students, in particular a perceived lack of engagement with the programme and in some cases thought these students to be unmotivated and in other cases downright lazy. But as it transpired after many interviews with such students, they explained they were tired because they were combining study with regular night duties at care homes, and coming from middle income families in Zimbabwe where the norm was to have a maid to help with the housework and care of the family, they were struggling to combine study, paid night work and their own housework and household duties. We then placed Zimbabwean students together in a personal tutor group, in the expectation that they might feel more comfortable working together. However, we did not take account of the political rivalries between some Shona and Ndebele groups back in Zimbabwe. Sharing an opinion with the opposite grouping within an education seminar might even have consequences for their peer group relationships throughout their studies. What type of educational theory might help us come to terms with such circumstances? This was how my own interest in critical pedagogy began to come together.

The best known figure in critical pedagogy is of course the Brazilian educator Paulo Freire. I cannot myself give you an erudite exposition of what Freire wrote, but I can tell you what thoughts his work has provoked in me. First, people learn through praxis: people don’t learn by applying a protocol by rote-learning, people learn through the very process of turning the idea into an actuality. In this sense deep learning is by means of not having theory and practice opposed in the first place. I can give you a very personal example. I have recently become a grandmother and my daughter is trying to breastfeed. Naturally at first you might have some “instruction” on basic principles. But from thereon learning is through praxis. Learning how to hold not a baby but your baby, how your baby tilts their head, what side they prefer, and so on. You might have further theory about how a baby might get the nutritious hind-milk. But this is not easy, and breastfeeding is neither natural and instinctive, nor learned by application of protocols. It is more like a mini-apprenticeship where the mother is guided but learns through doing and reflecting on that doing. This is not risk free, and clearly where a baby is literally starving other measures are needed, though I would suggest that with the billions of babies through human history who have been breast fed, this situation would rarely be reached, particularly in a wealthy country. Unfortunately in this instance the local midwives panicked my daughter by weighing the baby repeatedly, finding that the baby had not met the Trust’s protocol for weight-gain, and suggested topping up with formula milk – and remember this was a baby-friendly Trust”! – resulting in a baby being physically sick through over-feeding and the real opportunity to establish breast feeding being all but lost.

Second, people don’t learn well in situations where there is a hierarchy or the threat of punishment for failure. One of Freire’s key phrases is translated as: “If the structure does not permit dialogue, then the structure must be changed.” Unless out students feel able to question what they are taught, unless departure from protocols is permitted, then there cannot be true dialogue and there cannot be true learning. The educationalist John Holt once asked: “Have you ever seen a dog perpetually scared out of his wits, tail curled between his legs, always looking over his shoulder, slinking around, shying and leaping at every noise?” (Holt, 1969: 61-2) Replace the dog with our nursing students and ask yourselves if you have ever seen a nursing student scared witless to give the wrong answer or to make a mistake? I am currently at the beginnings of formulating a research programme about education and volunteering, and I wonder if some of the joy of volunteering, the excellent work carried out by volunteers, is precisely because they are in the unique position of being free to make mistakes, take risks, and to negotiate the terms of engagement with their clients.

A more recent exponent of critical pedagogy is Henry Giroux, who currently holds a Chair in English and Cultural Studies at McMaster University, Canada. Giroux’s central belief is that education is fundamental to democracy. Giroux says that no democratic society can survive without a pedagogy which is capable of creating the conditions to enable citizens to be critical, self-reflective, knowledgeable, and willing to make moral judgements. Critical pedagogy, says Giroux, attempts to be discerning and attentive to those places and practices in which social agency has been denied (Giroux, 2011). Healthcare settings might be considered such a place. Of course Giroux was interested in the schooling system but educational theory does not have to remain the prerogative of university schools of education. In the USA Pamela Ironside has taken the notion of a critical pedagogy, in particular narrative pedagogy and begun to apply it in the sphere of nursing education. For example she argues that narrative pedagogy can help students think through and interpret the experiences they encounter, while at the same time helping teachers to engage with those experiences, in ways which may not be immediately apparent to the student. Teachers, she says, need to rethink the ways in which students are learning about the situations they encounter by engaging them in thinking about the context of practice – a context often rich with uncertainty and ambiguity. Critical pedagogy, according to Pamela Ironside, engages teachers and students in pooling their collective wisdom, challenging their preconceptions and envisioning new possibilities for providing care (Ironside, 2006).

Of course there are those who will say that standards, protocols and competencies are ways of ensuring basic minimum standards are met, although it is worth noting that the problems at Mid Staffordshire NHS Foundation Trust happened after the world of standards, protocols and competencies and not before. However, we must ask ourselves what is the place of critical pedagogy in what has come to be known, inappropriately and unhelpfully in my opinion, as the post-Francis era. For to me there is a very real danger that in simply adopting the phraseology of the moment – by which I mean care and compassion – that we will systematically fail to undertake the deep learning required to understand how students learn and how nursing students learn to care. One of the reasons that my colleagues and I have developed this Centre, and named this Centre as we have, the Centre for Critical Research in Nursing and Midwifery, is to help all of us learn, together, how to avoid the tokenism of glib phrases and instead focus on what best evidence-based education theories can be marshalled to help.

It is thus my belief that it is through critical pedagogy and nursing praxis – theory in action (drawing on the works, as I have said of people like Paulo Freire, and Henry Giroux), that nursing can best come to know the important distinction between what is “good enough” and what should not, should never, be tolerated. It is also the means by which they may come not only to know this difference, but also to have the skills to act when care is unacceptable and be assured that concerns raised in good faith will be robustly addressed.