Another contribution from Centre members for the ‘Scholars at Work’ lunchtime talks run by the Department of Adult and Child (nursing) and Midwifery at Middlesex University.

Brief Outline:                       Some politicians and sections of the media see nursing as the only profession where it is actually preferable for its members to be less educated. This presentation discusses the links between level of education and professional status. On the way it summarizes different views of the professions. It ends by setting out some of the benefits of university education for members of the nursing profession.

Short Biography:                   Michael Traynor was born in London. He read English Literature at Cambridge University, then completed nursing and health visiting training. He moved to Australia where he was a researcher for the South Australian Health Commission. He worked at the Royal College of Nursing in London and at the Centre for Policy in Nursing Research at the London School of Hygiene & Tropical Medicine. He is now Professor of Nursing Policy at the Centre for Critical Research in Nursing and Midwifery at Middlesex University. He is editor of the journal Health: an interdisciplinary journal for the social study of health, illness and medicine. He recently wrote Critical Resilience for Nurses, published by Routledge in March 2017 and Stories of Resilience in Nursing, 2020.

Helen gave a talk at the ‘Scholars at Work’ series at Middlesex University.

Brief Outline:      I seem to have Two contradictory existences:

Short Biography: Helen Allan is Professor of Nursing at Middlesex University in the Department of Nursing, Child Health & Midwifery. She has had three professional careers: as a practitioner in intensive care and women’s health; as a teacher and for the last 20 years, predominantly as a researcher. Her research is informed by sociological view of the world and she is co-founder and lead of the Centre for Critical research in Nursing and Midwifery in the Department.

Mike gave a talk based on initial findings of his PhD work at the series ‘Scholars at Work’ at Middlesex University in January 2021. See the video here.

Title of presentation:Attitudes of public staff and other key stakeholders to privatisation in the general public

Brief Outline: I will present the initial exploratory findings from the first data collection of my Doctoral research – an online survey with a sample of the general public in England (n=220) regarding their attitudes to privatisation and rationing in the NHS (especially since the Health and Social Care Act 2012 which radically changed the structure of the NHS) .

The fundamental problem which inspires this research is an apparent contradiction between the views of the public regarding how the National Health Service (NHS) of the U.K. should be run and the way in which the service is actually run, in terms of recent reforms and its apparent future trajectory.

The NHS has been described as the closest thing the UK has to a national religion and opinion polls suggest that it is the most valued and trusted public service (King’s Fund / MORI 2018)  and one of the UK’s greatest national achievements. Research suggests that a majority of  people are opposed to privatisation of the NHS, regardless of political affiliation or demographic profile and yet most governments from Thatcher’s onwards have, in one way or another, sought to impose market models and privatisation on the NHS and this reached unprecedented levels with the Health and Social Care Act (2012) which was described by a senior Department of Health official as ‘‘the only change management system you can actually see from space – it is that large’’(Timmins 2012).

This Act abolished Primary Care Trusts and forced GPs to take the lead for commissioning healthcare services by coming together in clinical commissioning groups (CCGs). CCGs were obliged by the Act to tender healthcare contracts externally, so that ‘any qualified provider’ (public, private or third sector) could bid and also removed the responsibility of the Secretary of State for Health to provide a universal healthcare service, granting CCGs considerable discretion to choose which services to provide and who to provide them to. This has led to an increase in private sector provision and rationing of healthcare with many CCGs choosing not to offer, or to severely limit, varicose vein removal, cataract removal, IVF and many other procedures or treatments (Heneghan 2017).

These changes have attracted relatively little media coverage and awareness of them amongst the general public (and indeed amongst health professionals) seems to be low although there does not seem to be any published research on this point (one of the gaps in the literature which I hope to fill).

Furthermore, both COVID and Brexit may lead to further NHS privatisation. The current government’s approach to managing the COVID pandemic has been heavily focussed on the private sector in terms of track and trace,  test laboratories, PPE procurement and  the use of private hospital facilities (Wrigley 2020; The Guardian 2020). The EU referendum was allegedly ‘won’ by the Leave campaign on the promise of dramatically increase NHS funding (London Economic 2017) but many fear that Brexit may in fact lead to further privatisation as part of a trade deal with the US.

Short Biography:  Mike O’Driscoll is a mixed methods researcher with a particular interest in the use of IT in social research. His first degree was in Sociology and Social Policy and has an MSc in research methods and is currently a Doctoral student at Middlesex.  Mike O’Driscoll has worked in many research environments including local government, charities and academia and has considerable experience in evaluations, particularly  in health and education settings (this link to publications gives an idea of his research interests  https://orcid.org/0000-0001-9221-6164).

Last week I was awarded a fellowship of the Royal College of Nursing. It is extremely flattering and fun to be involved with the opening of the RCN’s 2019 Congress in Liverpool with their new president Anne Marie Rafferty.

The RCN is facing some challenges in the wake of what was widely seen as a failure to manage and communicate the government’s pay offer last year. The then General Secretary resigned and some active RCN members campaigned for the organisation’s Council also to stand down. The campaign turned out to be controversial with some suggestions of a left wing ‘infiltration’ of the RCN. So we have the appearance of a confrontation between an ‘old guard’ and ‘modernisers’.

One of the long-standing disappointments is that nursing (in England at least – the other countries of the UK may be different) rarely seems to be able to draw on its huge strength in numbers and wield political power in the field of health service policy or regarding the working conditions of nurses. I would hope for changes that move the RCN in the direction of being able to do this.

Nurses’ Tales A day of reckoning, discussion and debate

By CCRNM and Pam Smith


Nurses’ Tales A day of reckoning, discussion and debate

By CCRNM and Pam Smith

Limbus is an organisation, based in Totnes, Devon which has organised a series of fascinating conferences on aspects of psychotherapy and its interface with organisations like the UK NHS. A week or two ago I spoke at their event on Toxic organisations and Neoliberalism. It was one of the most enjoyable and stimulating conferences I have been to in very many years, held in the beautiful Dartington Hall.

My topic was the promotion of resilience among nurses in the NHS and the video of the talk is below.

Back in July, with our long-time collaborator Pam Smith, we threw an NHS@70 event, complete with a choir and some key figures in nursing invited to look back over not only their own careers but the progress of nursing over those seventy years of work in the UK’s National Health Service. To mark the event we are gathering all the talks together along with many photographs taken on the day by our colleague Justin McDermot and publishing a book with one of the self-publishing companies. Check back for some further details.

Here is former General Secretary of the Royal College of Nursing, Christine Hancock, looking at some significant events in her own career. 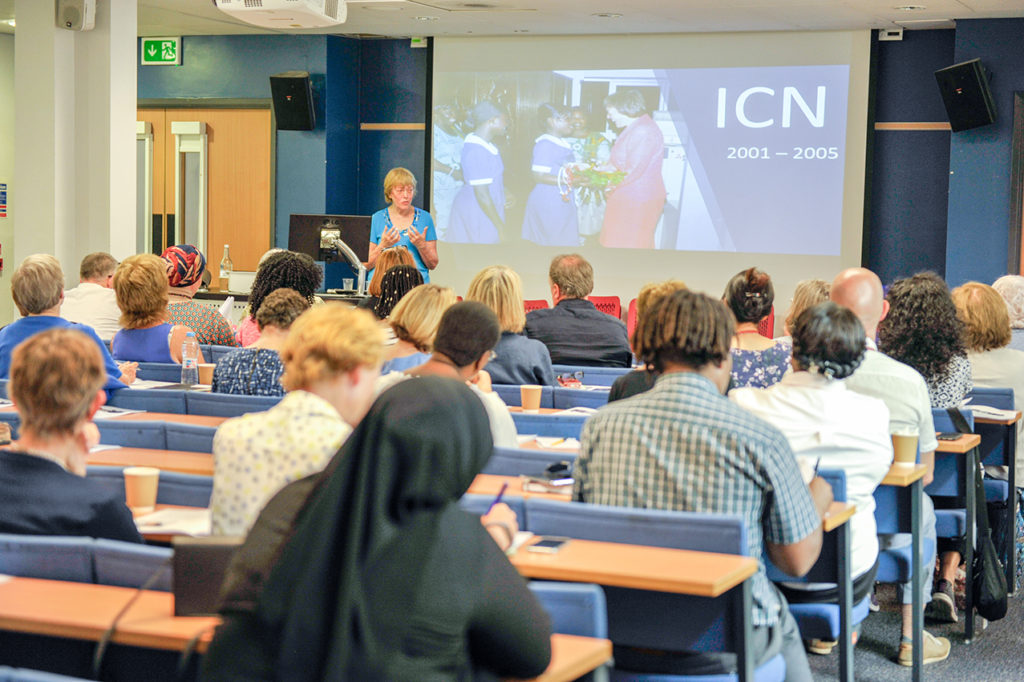 Last month I gave one of the keynotes at the annual international RCN Research Society conference in Birmingham. The Youtube recording is here:

Last week Helen Allan and I interviewed Pam Smith, one of the founding members of the Radical Nurses Group and writer about emotional labour (really useful link there) in nursing. I’ve published the first part of the interview on YouTube, where Pam talks about her reasons to go in to nursing and about the groundbreaking course at the University of Manchester. You can find it here: https://youtu.be/ZlLbhPTYdBA